In a Strange Room by Damon Galgut 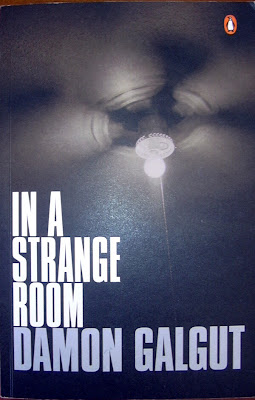 An odd coincidence occurred. I finished In a Strange Room in the early hours of yesterday staying up far too late reading because I could not put it down and then yesterday that very book was shortlisted for the Man Booker Prize. My hope is it will go on to win it in October.

I love Damon Galgut's writing but In a Strange Room is something quite special. It is about travelling. It's divided into three sections: The Follower, The Lover and The Guardian. I listened to Galgut speak about the book at the Cape Town Book Fair this year. He was interviewed by Ben Williams of SA Books. Ben asked him if the book was fiction or memoir since the traveller in the book is called Damon. Galgut admitted that he took these trips and he had these experiences but still it is classified as a novel. It is up to the reader to see what to make of it.

In the same interview, he spoke about the reasons behind sometimes writing in first person, sometimes third, even drifting into second. It happens seamlessly in the book, it seems correct and right. He explained that it is how we think when we think about memories. Sometimes we are there, we are in first person. Sometimes we watch the characters play out the scene, third person. He wanted to be true to the memories. I find this fascinating. 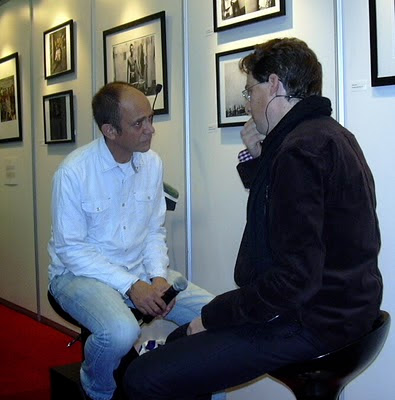 Galgut's writing is simple and his unflinching pursuit of the truth in each sentence laser accurate. He writes with no fluff. He is not here to impress anyone. He knows his purpose and I feel it is an internal push driven by an intellect that will not rest on platitudes. He wants to know what it means, what this all means, the core truth in this living in the relationships between people.

The Damon in the book feels compelled to travel, but it is not a jolly, holiday by the sea kind of travelling. It is something else for him. Of late I have wanted to travel alone. I think as a married woman with a family I've become very insulated from the world, always safe in my group. And so I travel alone, though I don't particularly like it, I do it because it forces me to feel things with no cushion around me. I like to force myself into awkward scary situations where I will feel lost so as to feel vulnerable. I think in that place things are often clearer since the fear magnifies the senses. When I read the passage below I was gobsmacked by its resonance. There are many of these in the book.

The truth is he is not a traveller by nature, it is a state that has been forced on him by circumstances. he spends most of his time on the move in acute anxiety, which makes everything heightened and vivid. Life becomes a series of tiny threatening details, he feels no connection with anything around him, he's constantly afraid of dying. As a result he is hardly ever happy in the place where he is, something in him is already moving forward to the next place, and yet he is also never going towards something, but always away, away. This is a defect in his nature that travel has turned into a condition.

I read a lot of books. Some stick ,some fly away, and others change me. This one changed me.
Posted by Lauri at 11:59 AM

I was pleased to see Damon's name on the list myself. I had not heard of him until about 2008 when I saw a well worn copy of his The Good Doctor at the public library.
The book filled me with a sense that J M Coetzee in some way shaped Gugat's style. I don't mean deliberately, just in a way I feel as I read.

Damon might not be a traveller by nature but there are a number of things that make you travel to amazing places in the world. For instance taking flights to Zimbabwe will bring you face to face with the gigantic Victoria Falls. You dont want to travel but the might and beauty of a place attracts you and you take off to explore it.

I am really excited to visit Damon. Before my any other vacation, I going for Umrah with an Islamic travel agency for Umrah package which is very economical.

Thanks for sharing, I feel good as I read that article.

Ann, I only recently discovered this artwork myself so I don't know about its history. I assume it was always this colour because I couldn't imagine anybody mucking around with an art work like that...
angry gran

All Muslims want to go on Hajj in any event once in the course of their life to look for gift from Allah (SWT). We offer economy Hajj packages for Muslims living in UK at the most minimal potential rates. With long periods of involvement with getting sorted out Hajj and Umrah visits, we have set an astounding standing of offering the best types of assistance at the best costs.
Special January Umrah Packages

Thank you for sharing this information; you are an excellent travel writer that provides such valuable advice. Could you please tell me the cost of one room for three days?..
vaporvm_official