My Kate Gomolemo Mysteries have only been available as paper books- that is until today! Three of the four books in the series are now available as ebooks at Amazon! 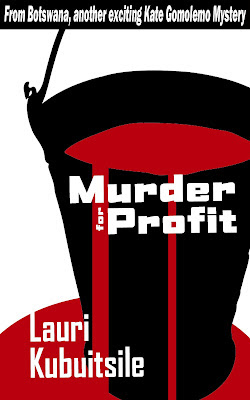 Something is not right in Mogobane. With a note scribbled in a child’s hand, Detective Kate Gomolemo is drawn into the dangerous, brutal and horrific world of muti killing.

Four children and their grandmother are burnt to death in their mud hut at the lands. The local police constable writes it off as an accidental fire, but within a few hours of her being in the village, Kate realises that can’t be right. She soon realises that the people in Mogobane are not always who they appear to be- from the local business man, to the dark traditional doctor, she even begins to suspect the police constable.

Despite the danger in the air, Kate sets out to find the killers. She will not rest until the murderers of the five innocent victims are put behind bars, but will she have to pay the ultimate price for her stubborn search for justice.

Anything For Money (Book Number 3) 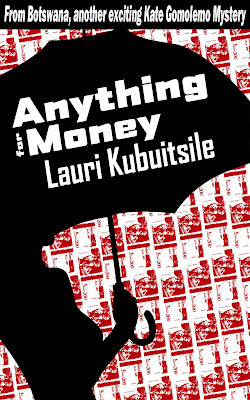 Detective Kate Gomolemo is not sure what to make of Helen Segole’s wild allegations. She’s claiming government ministers and high-ranking civil servants are behind the cold-blooded murder of her father, but Kate wonders if Helen is not confused by the grief she’s feeling.
Against her better judgement, Kate agrees to do some investigations and suddenly she’s swept into a high-rolling, dangerous game of power, greed and corruption. The people behind it will stop at nothing to get what they want. How many people will have to die before Kate finds Goitsemang Segole’s killers? How far can greed push a person?

Claws of a Killer (Book Number 3) 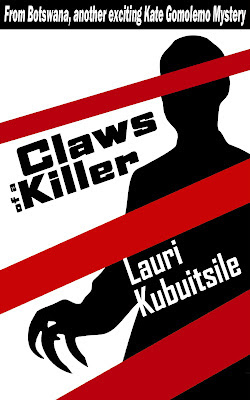 As the days pass, the pressure builds. Will Kate be able to stop him before this monster kills again? She'll risk everything to catch him and in the end she almost does.
BUY it HERE.
Posted by Lauri at 12:40 PM

I am so excited about this, Lauri. Hope you sell heaps and heaps of copies!!!!

Selma, thanks so much. This is a steep learning curve and I need to do a lot of marketing if I'm to sell even a few I think.