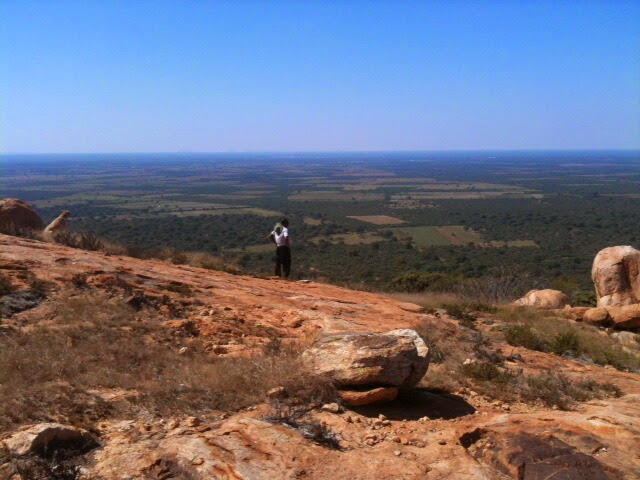 Okay this year is flying by far too fast. Is it really the end of April?

So what's been going on? The shortlist for the Caine Prize was announced the other day. here it is:

No Nigerians this year, just like the year I was shortlisted. Already I've heard complaints on social media. What's nice about this list for me is that I know a;ll of these people except one ( Efemia Chela) either in person or as Facebook friends.  Best of luck to everyone!

And then there is this which grew out of a joke I made on Facebook. We all have a sense of humour right?? Billy Kahora has been shortlisted twice for the Caine Prize and highly commended once and he's a lovely interesting guy. So yeah...okay. And I like his gorilla story quite a bit too. :)

I have another story up at FunDza. It's a story about xenophobia called Them and Us.

And that photo up there? That's Mr K on Easter Sunday. We climbed the mountain near our house, he's looking down on Mahalapye in the distance.