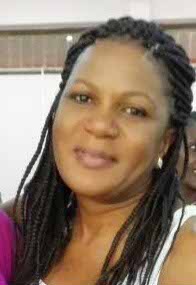 Ellen Banda-Aaku is an award-winning Zambian writer. Her first book, Wandi’s Little Voice won the 2004 Macmillan Writer’s Prize for Africa (UK). Her first novel, Patchwork won the Penguin Prize for African Writing and was shortlisted for the 2012 Commonwealth Book prize. Her outstanding achievements in literature won her the 2012 Zambia Arts Council Chairperson’s Award. She splits her time between Zambia and UK but managed to talk with me in the middle of her busy schedule.

Tell me a bit about how you started writing.
I started writing fairly late in life. With hindsight, I put this down to the fact that growing up in Zambia, Zambian writers were not visible. I had access to a lot of books at home and at school but they were not by Zambians. At school, it was a requirement to include African writers in the literature in English courses, the list consisted of writers from Nigeria, Kenya. South Africa….no Zambians. Hence, even though I enjoyed telling stories and writing essays etc. I never really thought to become a writer because one inspires to be what they see, and growing up I didn’t see Zambian women writers. Then in my thirties I moved to Ghana and I started thinking about writing a novel.  Around the same time in 2004 I came across a call by Macmillan publishers for submissions to the Macmillan Prize for African Writing. Even though the call was for children’s stories I thought to write something and submit mainly to give me some practice and I felt writing to a deadline would give me discipline I needed to complete a manuscript. I ended up winning the competition and that was the start to my writing career.

Your latest book is Madam First Lady. What is it about?
Madam First Lady is about the first lady of a fictional African country who is married to a dictator and she falls in love with a rebel leader. I started writing it before I wrote my first novel Patchwork but then I put it on hold as I was focusing on writing Sula & Ja, my YA fiction book which has been published in Nigeria, Kenya and Zambia. Last year I decided to finish it with the intention of self-publishing it. At the moment, it is only available as an e-book on Amazon but I hope to get some hard copies printed. It has been well received hence my plans to have it produced in hard copy.

What do you site as the turning point in your writing career?
Because of the way I started writing, I would say winning the Macmillan Prize was my starting and turning point. I’m not sure I would have continued as a writer if I hadn’t been successful with my first piece of writing. I was so sure it would come to nothing I didn’t tell anybody I was writing until I won the prize. Winning the Commonwealth short story competition in 2007 was a significant point in my writing career because that is when I decided to study for an MA in writing because I decided to pursue a career as a writer.

What do you think is the most difficult aspect of being a writer on the continent as opposed to being a writer in the UK?
As the world opens up due to the internet etc., I think more and more, the challenges writers face will be similar as the physical location of the writer will matter less. Having made the point, I feel in Africa countries like Zambia are lagging behind due to the lack of infrastructure (creative writing courses, literary agents, a vibrant publishing industry,  investment in writers and the creative industries, etc.) to support and develop writers.

What are you working on at the moment?
I am working on two projects in Zambia, a radio drama series titled Minding Shupe’s Business and a film documentary titled Aunty Rebecca. Aunty Rebecca is a about a volunteer social counsellor who is almost single-handedly working to educate communities about cervical cancer and HIV and the link between the two diseases. Zambia, despite its small population, has one of the highest cervical cancer rates in the world. By following Aunty Rebecca around the Cancer Hospital as she counsels, the documentary highlights the challenges faced in trying to bring the prevalence incidences down.
When I’m done, I plan to write another YA fictional book – hopefully before the year is up.