Is this woman lying to Parliament? 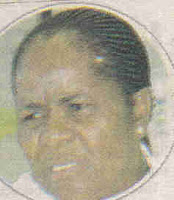 According to Friday’s edition of Mmegi, Minister of Communications, Science and Technology, Mrs Pelonomi Venson- Moitoi, told Parliament that MISA’s statement of 19th July reiterated that the process culminating in the Media Practitioners Bill was consultative and that they (meaning the government and the media) agreed on most everything in the Bill. If that is true then one of two things is going on either 1) The Minister believes that her comrades in Parliament don’t read newspapers and have been living in a bubble for the last month or 2) She didn’t read the statement issued by MISA on the 19th of July.

I have the statement right on the desktop of my computer. It does say that there was a consultative process and that numerous things were agreed upon, but then it goes on to point out that almost everything that was agreed upon by the two parties was thrown out the window and the government decided to make it up on their own.

The agreed upon areas included:
 To produce a more overarching media bill that covers all media;
 To produce an enabling bill consistent with international best practice and the treaties Botswana has signed and ratified;
 To give the (already existing) Press Council legal recognition;
 To promote self-regulation;
 To promote access to official information;
 To guarantee editorial independence;
 To address the Minister’s role; and
 To address right of reply
The only agreement on this list that government decided to abide by was the first one- to produce an overarching media bill that covers all media.
Thank God for Botsalo Ntuane who tabled a motion asking for an adjournment to allow the other side of the debate to be heard by Parliament before any voting took place. We can only hope that other BDP members will stand up and do what’s right for the country instead of follow a party line that will see the end of democracy and a free press in Botswana.
Posted by Lauri at 12:21 PM