How To Make Morula Jam (and by accident morula sweets) 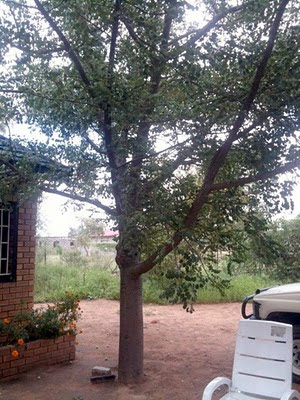 We have two morula trees in our back yard, a male one and the female one above, just next to my office. As I sit here writing every once in a while I'll get a big fright when one of the morula fruit fall on the roof with a much bigger sound than its size would predict. The tree is prolific and for years I've been wondering what to do with all of the fruit. I searched for a recipe for morula jam but never found one. This year I decided to try my luck and I was so pleased with the result. I thought I'd record my results here for other people.

1. Collect the morula fruit from the ground. 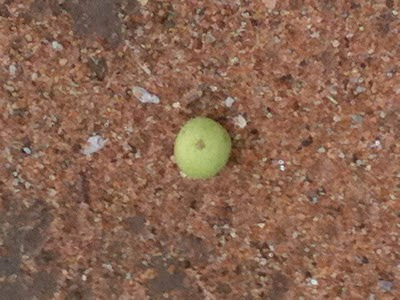 3. Put them in a pot with water and boil. Boil them for a long time. I boiled mine for about two hours. Until the skins break open. 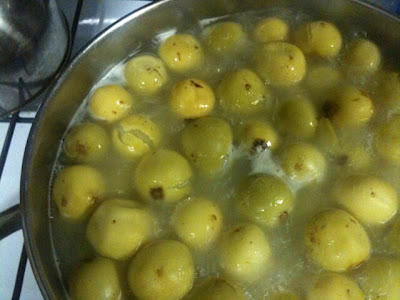 4. Let them cool down. Then mash them up with a potato masher.

5. Now strain the mixture. You want the liquid not the seeds and skins. If the mixture is too thick you can add water. It makes no difference how much water you add. 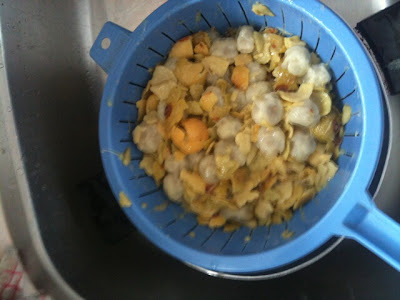 6. Add water to the mixture. For the amount I used I added 4 cups of golden brown sugar. The best way to know if the sugar is enough is to taste it. You can also experiment and add cinnamon and ginger which is very nice, even some lemon juice.

7. Boil the liquid again. By trial and error I discovered if you boil the mixture until it is jam consistency, when it cools you will have made morula sweets, which is a problem if you have now poured it into a jar. (for morula sweets pour it out on a cookie tray and when hard cut into cubes, can be rolled in sugar). To get jam, stop boiling when it is apple sauce consistency. I have to admit though that this part is the tricky part. But it is reversible. If you cook too long, pour in the jar and then it cools and you find it has become solid like sweets you can heat the jar and pour the whole lot back in a pot. Add water and heat again. 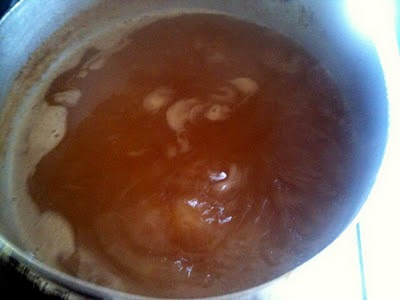 8. When cool pour into sterilised (boiled) jars and VOILA!!! It tastes a bit like apricot jam but wilder and with more flavour. And who doesn't want to be wilder??? 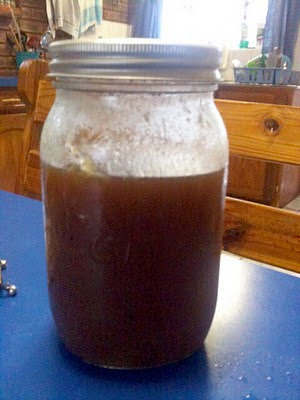 Off to plant my murula tree!

I've never tasted this fruit or even heard of it before. I love apricots so I will no doubt love this.

Thank you for leaving a comment on Helen Ginger's blog today about my post.
Nancy
N. R. Williams, fantasy author

It sounds delicious. (And like a lot of work.) But it does make me want some.

Val the cinnamon is also nice.

That sounds really good. I love homemade jam. I used to have apricot trees and the jam was gorgeous. It is well worth the effort. YUM!

Hmm. I've never heard of Morula, but it looks interesting!

thanx Lauri. i like xperimenting with everythin n i knw i'l love this.

if it looks good it tastes gud

Already this year my tree is loaded with morula. Another thing I made last year was a drink. Basically you heat the morulas as I showed and strain then added the sugar. Then pour it in a bottle. Then as you want it you mix with either water or soda water to taste. My husband and son love it.

Thanks Harald. Just now the morula are falling again and I've been wondering if I'll make jam. Did you find a way to stop at the exact time when cooking so it is not too thin or too thick?

Thanks for the recipe Lauri,I'm definitely trying this,got my morula yesterday.. :)

Do you use the pits/nuts too?

Love it. I'll try to make it

Have lots of morula fruits in our yard. Yesterday I prepared some jam, it tastes fantastic. Will try again to share for feedback. Also drying some to experiment on the sweets.Thanks Lauri for the recipe.

Thanks Lauri. My granddaughter troubled me so much to make morula jam I had to search for a morula jam receipe. I'll post feedback after making the jam.

Does the jam have to look syrup like? I have been trying to this jam for last two weeks just always come out with honey like texture...

I have two laden marula trees on our plot. Thank you so much for the recipe. Off to try today. My toddler will have so much fun collecting the fruit.