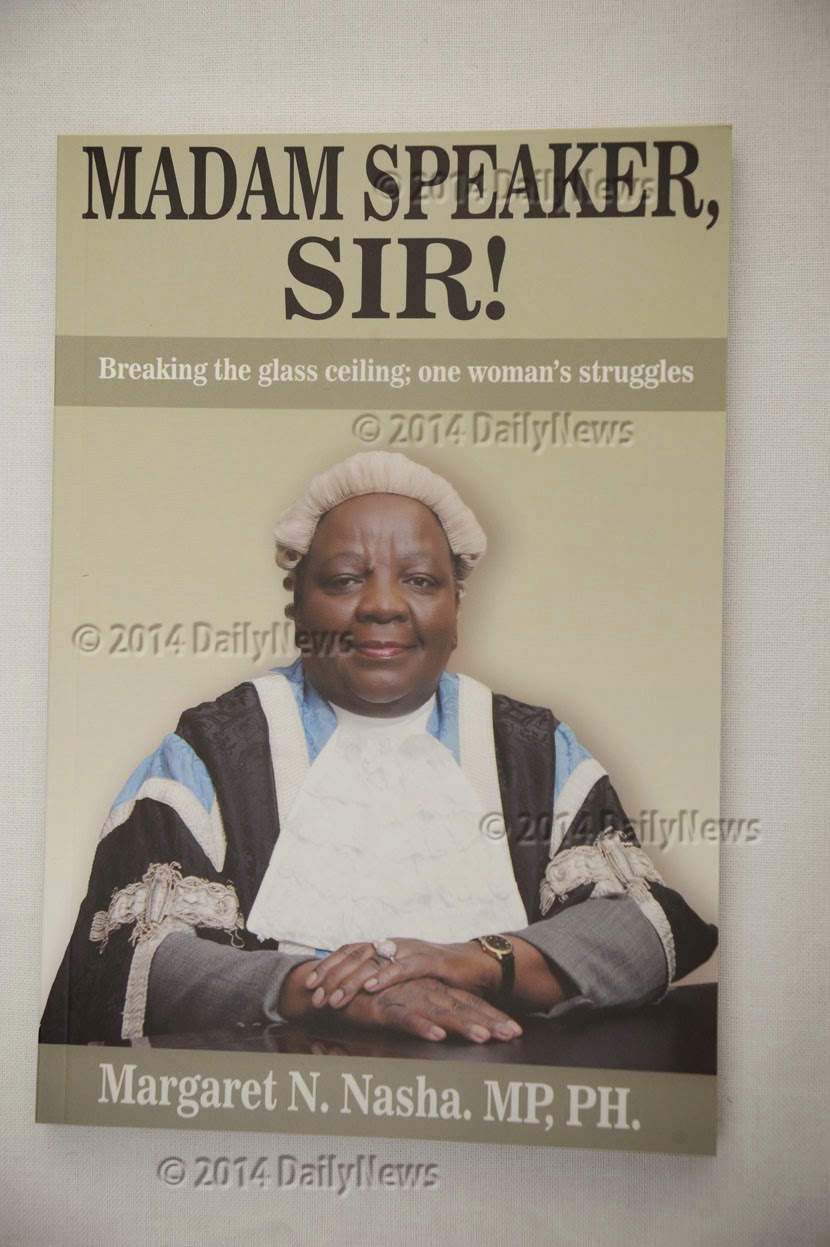 I was pleased to hear about this book since I am a big proponent of Batswana writing more nonfiction, particularly memoir. Memoir is a great place to store the truth, the everyday people’s truth of a country’s history, of personal moments along the way. Mma Nasha has done just that. Her personal journey is part of the history of this country, now. She’s done us a service by recording it.

Since it is a memoir as opposed to an autobiography, the author has chosen significant themes and times of her life to put emphasis on. These include among others chapters on growing up, her time at Information and Broadcasting, her time as the High Commissioner in the UK, her marriage, her time heading various ministries. She has an ease with which she approaches these topics, as if she’s been writing memoir her entire life. She introduces the chapters with an overall view of what happened and the struggles she met along the way. And then she does as all good memoirist do, she chooses significant episodes to pull out into details, often with scenes and dialogue. This brings out the emotional truth of her experience. I found it to be very adept. Many of these peeks behind the curtains are what remain with me now that I’ve finished reading; this is how powerful and entertaining they are.

I recently read a biography of another prominent Motswana and I soon grew tired of the constant promotion. Mma Nasha’s book is not one of self promotion. Yes, she’s telling a heroic story. She is a woman who has succeeded against many odds and continues to reach for more. It is asked over and over in this book- “What does this woman really want?” and time and again it is answered- she wants everything under the sun. But she also speaks of her failures and failings. If nothing else it is an honest book and I, for one, appreciate that most of all. I was deeply inspired by the book and that can only be achieved in a real way if you can see this successful woman as a fallible human just like yourself. She succeeds in that.

You can also feel the compassion she has for others and her wry acceptance of the fallibilities in her fellow humans. In one of the numerous peeks behind the curtains, she writes about the preparations she and her staff had to make when she was High Commissioner and President Masire was to be given his knighthood by the Queen. The British, as she writes, are sticklers for protocol, everything to be followed to the letter. She sent the various regulations to the people in Botswana who would be travelling with the President so that they could prepare themselves before arriving in London for the dinner. One of the stipulations was that the men should be dressed in black suit, black bow tie, and a white tuxedo shirt

Upon arrival, the then Minister of Presidential Affairs, Lieutenant General Mompati Merafhe, did not like the idea of being bossed about regarding what he should wear. They would wear what they wanted, he insisted. But Mma Nasha knew the protocol and if the Botswana delegation (except for President Masire, who had come prepared as per the stipulations) arrived in the wrong attire they would be turned away at the door, an embarrassment to the country. She had anticipated problems and her High Commission had organised a shop to rent the proper attire to everyone in the Botswana contingent to be paid for by the High Commission. She told Rre Merafhe and company that they could go with her assistant to the shop and get the right clothes or not, it was their choice. If they didn’t, she would inform the organisers of the dinner that they would not attend. They all went to the shop and got the correct clothes and were thankful to her and her staff at the dinner when they realised that every single person had dressed as they were instructed and they would have been thoroughly embarrassed had they not listened to her.

Although the writing is good, it is not perfect. As seems to be the usual case nowadays nearly everywhere in the world, the editing in places needed more work. There were some basic mistakes with dialogue tags for example.  Here’s one: “Yes I do.” She replied.  There were also far too many exclamation points for my liking.  Another thing I didn’t care much for was an odd formatting standard where words meant to be given emphasis were underlined instead of the standard of italicising or making them bold.

But that is of little concern really because the book is well done and a real contribution to our literary heritage.
Posted by Lauri at 3:58 PM