Starting 2015 With A Workshop and a New Published Story! 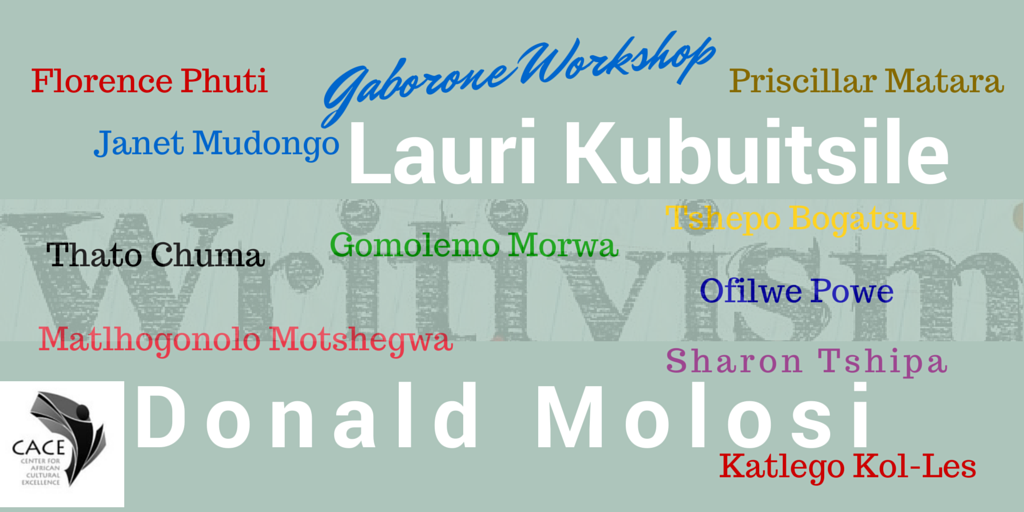 Happy New Year everyone! I hope 2015 is a fantastic year for all of us!

I started the new year going to Gaborone to help run a workshop with actor, Donald Molosi. The workshop was part of the Writivism programme. Writivism is a project run by the Centre for African Cultural Excellence (CACE). It involves holding five writing workshops in five different African cities. Participants who wanted to attend these workshops submitted a short story towards the end of last year. The best ten in each city got invited to the writing workshop. The workshop ran over three days, in Gaborone it ran from 2-4 January, the first to be held.

Out of the ten people who attend the workshop (in our case they were only eight) five will be chosen to be part of a mentoring project where they will be paired with a mentor from this very acclaimed list . With these mentors, they will produce a piece of flash fiction which will be published in magazines and newspapers around the continent. They will also produce a short story to be entered into the Writivism Short Story Contest (which is open to other writers too).  Last year I was only a mentor, but this year I got to help run the workshop and I'll also be a mentor. I'm looking forward to it.

Starting the year running a writers' workshop seems a good way to set off on the right foot, another is having a short story published. My story Pulani's Eyes went up at The Kalahari Review yesterday. It's included in my short story collection, In the Spirit of McPhineas Lata and Other Stories, but if you haven't read it it's  here online.
Posted by Lauri at 7:12 PM

What a wonderful start. May there be many more to come.

Have a happy new year!

I was very excited to hear this was happening in Botswana, so often we are not really included in continental activities. Well done to you and Donald.

Way to go! Looking forward to lots more successes from you this year! Happy New Year!

TJ- I think Donald might be the one who brought it to Bots so we really must thank him. I think they're willing to go to wherever there are folks willing to run the workshops because it depends on the person using all of their own resources and contacts.

Sue- Thanks! I'm sorry I've not been much to your blog (or anyone's blog for that matter) but I have been keeping an eye on your fantastic work in Cambodia, you are an inspiration. I hope if I get to UK for Vanessa's workshop I get a chance to spend time with you too, if you're not globetrotting!

Creative Writing News- thanks for stopping by and for your kind words!