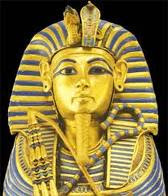 I got back home Tuesday afternoon. My last day in Egypt was spent in Cairo. I arrived from Hurghada at 11:30 am and was not leaving until midnight. Lucky for me two of the writers from the residency, Seni and Elmaz, were still in Cairo so we met at the Egyptian Museum along with Elmaz's husband, Anthony, who had arrived from America.

The Egyptian Museum has an astounding number of artifacts including the Tutankhamun exhibit, which was fabulous. It also has the mummy room. You must pay an extra 100 Egyptian pounds to enter but it's worth it. It's unbelievable. One of the mummies was Hatshepsut's and another her step son Thutmose III.

After this we went to an incredible restaurant walking distance from the Museum where we met up with Elmaz's friend, Dalia, who I think may be the best tour guide in the universe. She took us to a mosque in Old Cairo and had organised before hand to get permission for us to climb to the top of the minaret. 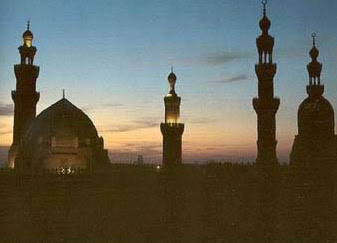 The climb was up a thin winding staircase, sometimes in the pitch black. We stopped twice along the way to take in the view but at the top on a thin ledge with a rickety wooden railing we stood at the top of Cairo. Looking down we saw goats on roof tops, the thin lanes of shops, the hooter-mad traffic down below. It was incredible but only the beginning.

From there the infallible Dalia took us through the winding streets below to three different mosques each more magnificent than its predecessor. The sun set and by chance she met a friend who had access to a series of houses that had been turned into a cultural centre. I wished I hadn't packed my camera in my checked in luggage. I'd never seen such captivating rooms, never imagined anything like them. Some open courtyards with only the sky as a ceiling. Some with intricately carved ceilings with inlaid tiles of marble. Some with domes cut straight through to sky in the shapes of stars and half moons. Balconies looking down on the courtyard below. Rooms where shadow puppet shows are held. Through every door was another bit of magic.

A quick drink and I was on a taxi and soon sitting on a plane for an 8 hour flight to Joburg and the whole way my mind buzzed with all I'd seen.

What my trip to Egypt truly meant to me is yet to be seen. It was wonderful in so many ways, ways that have changed me, opened my mind and my spirit to so many new thoughts and sights.

And now I am home to the people I love most and that is quite magical too.

Welcome home. We see your suitcase grimming with souvenirs and your mind chock full of new characters and settings for use in your stories.

I'm glad you arrived safely. Let your experiences seep through your skin over the next while. I'll be interested to learn how they manifest.

I'm so glad it went well, and you're now home safe and sound. I'm sure all sorts of unexpected and wonderful things will come of this!

Wow, wow, wow! I'm in awe and all I did was read about it. Soak it in. Write it all down, every detail you can remember and if any of the group took pictures, get copies. What an experience.

Wow. What an experience. You must be engulfed in inspiration. Glad you are home.

I look forward to hearing how your experiences have changed you. I always feel energized after being in Europe and some culture.