Two of My Books at Vivlia Arrived Today!!

Both of these books were published some time ago by Vivlia Publishers in Johannesburg South Africa but I only received my copies today. I thought you'd like to see them. 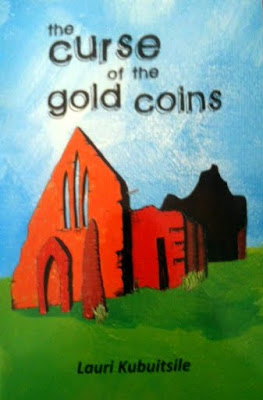 Curse of the Gold Coins (children)

Leano and her sister, Pelonomi have a problem. They're going to be kicked out of school for not paying school fees. Their mother seems unwilling to do anything to help them because she's convinced they're cursed. She believes all the women in their family are cursed because the long dead Mojewa, the girls' great, great grandmother stole three gold coins from her own mother and the ancestors are punishing the entire family for her evil deed. To make matters worse, in the middle of everything, Leano starts slipping back and forth between time-one minute she's in her village of Serowe and it's 2008, and then suddenly she's back in time to 1902 when Khama the Great is preparing to leave Old Phalatswe. It is in Old Phalatswe that Leano meets Mojewa and discovers a terrible secret- Mojewa has been wrongly accused!Now not only must Leano solve her own problem about how to get the school fees paid, she must also help Mojewa prove that she's innocent and in the process, hopefully, rid the family of the curse once and for all. 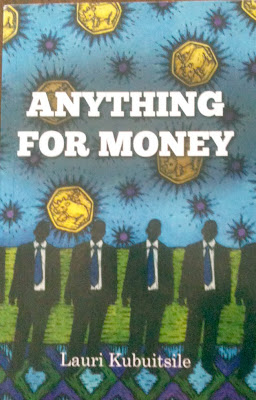 
Detective Kate Gomolemo is not sure what to make of Helen Segole's wild allegations. She's claiming government ministers and high-ranking civil servants are behind the cold-blooded murder of her father in front of their house in Shoshong, but Kate wonders if Helen is not confused by the grief she's feeling. Against her better judgement, Kate agrees to do some investigations and suddenly she's swept into a high-rolling, dangerous game of power, greed and corruption. The people behind it will stop at nothing to get what they want. How many people will have to die before Kate finds Goitsemang Segole's killers? And will Kate be one of them?

Both books are available at Vivlia Publishers visit their website HERE.

How exciting! They look great.

Thanks Sue. The Curse of the Gold Coins cover might make no sense to people outside of Botswana. That is a cartoon of quite an important historical site here, a church in a place where the largest tribe, the Bamangwato, used to live.

Both of these books sound great!

I love this book the curse of the gold coins♥️♥️♥️♥️♥️