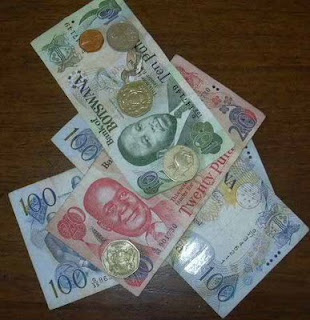 During 2008, Batswana watched as world economies faltered, and smugly thought we were immune. But 2009 came carrying a doleful lesson for our arrogance; diamond prices have fallen and everyone is panicking. The Botswana Stock Exchange ended the year with big losses. Most mining companies are laying off staff, including all the big diamond mines. African Copper which runs the Mowana Copper Mine has suspended production for three weeks to give them time to drum up some money to get them through the 50% drop in copper prices. Tati Nickel Mine also affected by the mineral price slump is about to begin layoffs. According to newspaper reports, government finance folks in the various ministries have been told to cut budgets 25%. Our noble vision, Vision 2016, has been thrown by the wayside as we scramble to get footing. Government is attempting to save money by reducing their staff. The Botswana Defence Force (BDF) has announced recruitment has been put on ice for the time being. The economic stranglehold has even spread to education. Senior school admissions have been slashed from 66% intake last year to 47% intake this year, government says to improve quality but everyone can see it is to save precious Pula.

This sudden, drastic response is building no confidence. People are afraid for their futures. Rumours abound. One senior government worker speculated in a recent meeting that civil servants might have to go without pay. Others say the massive foreign reserves, prudently saved by past governments, have been a casualty of the blood bath in the international banking and stock market collapse. The government says no, but few believe it. Everybody is nervous.

So now we all wait. On the 2 February, Finance Minister Baledzi Gaolatlhe will give this year’s budget speech. Batswana will be glued to their radios and televisions hoping to hear that the government has the situation under control. Besides telling the truth about the situation the country now finds itself in, Gaolatlhe must let Batswana see that the government has things under control, they have a plan, and they have the best interests of the citizens at heart. He must restore calm because right now we’re all jittery, holding what little money we have with white knuckled hands.
Posted by Lauri at 9:22 AM