The Mosque, the Winery and the School- Orientation Day 2

Yesterday was the last day of our two day orientation. We started at the mosque. 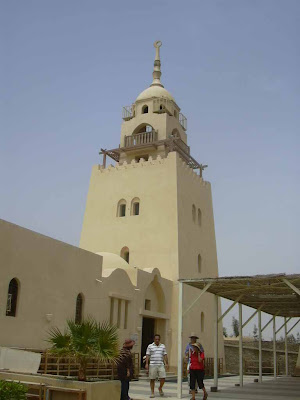 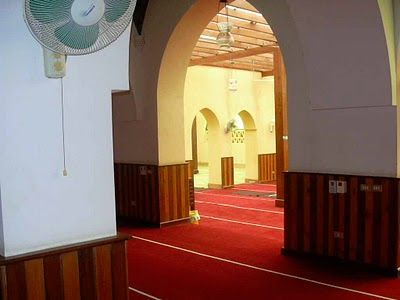 I've never been in a mosque before and know very little about the Islamic religion. I did know they have to pray five times. In this mosque in El Gouna, they have a digital display showing the times. These times vary depending where you live and the season, as they are calculated by the position of the sun.

The men pray in lines and the women have a different area where they pray behind a wooden partition seen on the right in this photo. 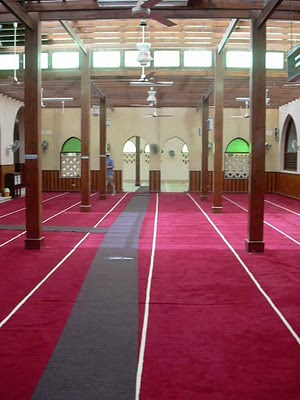 The imam stands at the front in the direction of Mecca and prays with the people in attendance. 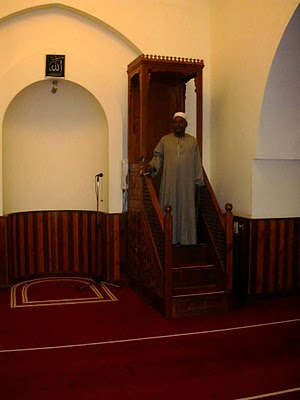 You don't need to got to the mosque for every prayer time, though our keeper and man responsible for our general well being , Emad, said if you go to the mosque for other prayers outside of Friday prayers you get "extra credit".

After the mosque, we went to the winery, which seems quite a jump considering that alcohol is not allowed in Islam. 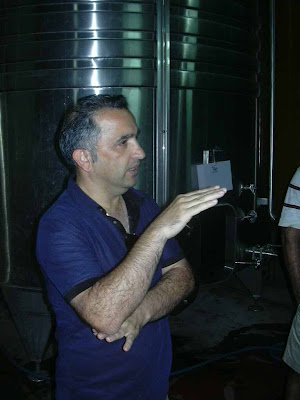 Here the Lebanese wine maker explains how they make the wine. 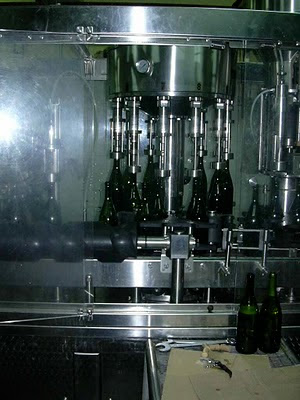 I'm quite fascinated by factories and the machines found there. This machine lifted the bottle, filled it with wine and then set it down and put a cork in it. It's a bit like music watching such machines.

We learned from the winemaker and his very beautiful wife, Rania, that making wine in Egypt is difficult. The conditions are not good since the soil is sandy and the plants must be watered. The tax charged by the government is very high on alcohol. Their workers are 99% Copt (Egyptian Christians) with the 1% Muslim only working outside the factory as security. There were a few women working inside the factory, five to be exact. Rania told us because they work in the winery it will be difficult for them to find husbands, but they must make that sacrifice since they are poor. 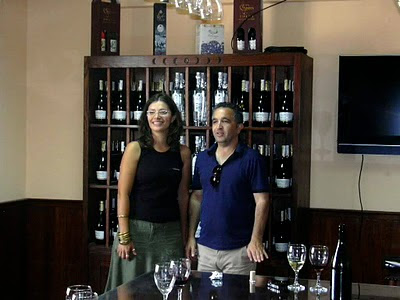 Nevertheless they make quite lovely wine which we spent some time tasting. We bought a few bottle which have now taken up residence in our communal writing room, which we've (or perhaps it's only me) now christened The Dance Room.

After the winery we were off to the international school. Again an interesting transition. It is quite a posh private school. There is also a government school in El Gouna. We will do a reading at the posh school and we've requested to also read at the government school but we've yet to find out if that will go through. 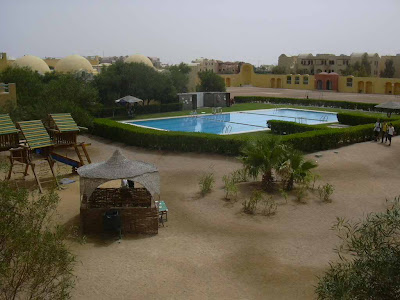 Today it's all about work. I had good news this morning that my third book in my Detective Kate Gomolemo series (Anything for Money) is to be published by Vivlia Publishers (South Africa) along with my children's book Curse of the Gold Coins. Hurray!
Posted by Lauri at 12:23 PM

Lauri, what a fantastic adventure you are having. You must be writing pages and pages of notes!

When we lived in Ghana our Muslim gardener would pray in our garage, kneeling on a flattened cardboard box (once containing Blue Band margarine, I believe.) I guess a prayer mat doesn't have to be fancy!

I'm glad you are enjoying yourself. These types of trips are wonderful for recharging creatively.

To be honest I'm not a journal keeper- I know that's a bit against the nature of us writers. I'm keeping my journal about Egypt here. But yes I am having a fabulous time. I'm so grateful having been given this chance.

Congratulations on the third book!

What an interesting trip! Thank you for sharing the pictures and your descriptions. I'm sure I will never get to travel there, so I really enjoyed your post.

Helen- it is actually my tenth published book, two more accepted for publication. It is the third in the detective series.

I feel bad that the poor women who work in the winery might not find husbands because of it. I am thoroughly enjoying your tour.

Congrats on the publishing. YAY!!!